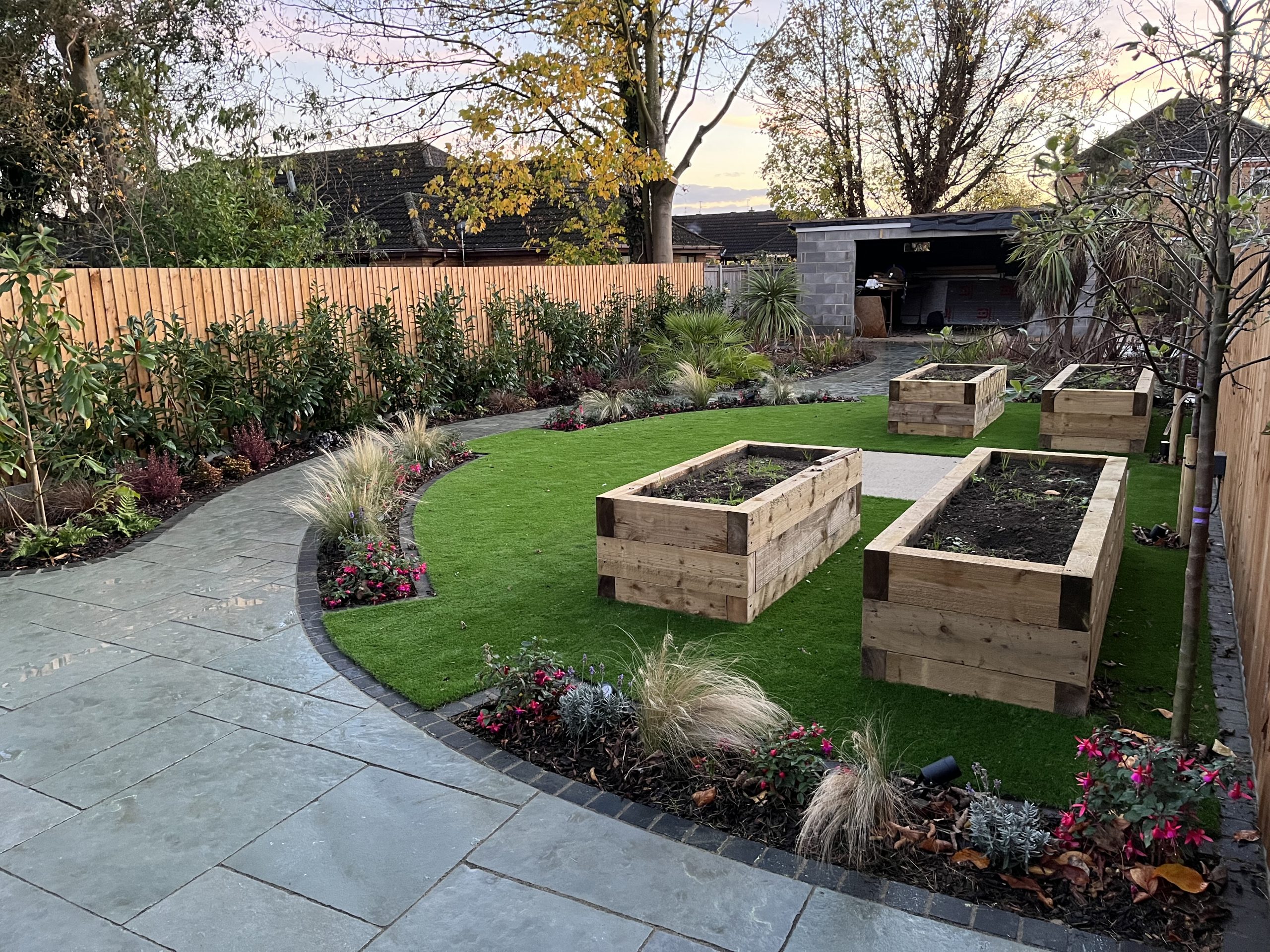 Complete Garden redesign with Alfresco dining at its best!

This extensive project was to transform a long garden area to include a delightful, covered barbeque area, car port, drive, raised beds and planting.

Our client described his vision to our landscape designer and with their input a stunning design was chosen, and the structures, materials and planting were agreed.

Firstly, the garden required complete clearance with all waste materials being removed from site and levels dug out using the appropriate machinery. The site could then be carefully marked out, and the transformation could begin.

A large patio area was constructed by excavating the area and laying the foundations and then laid with mixed sized paving as the site for the pergola and carport. The paving is continued down the rear path which curves gracefully down the garden, with the new beds, and beautifully disguises the straightness of the plot. The smart paving is finished with contrasting natural stone edging setts and leads down to the new studio at the rear of the garden.

The stunning main barbeque area consists of a state-of-the-art modern pergola, with a louvred roof which when closed is watertight allowing use of the area whatever the weather, and this can also be opened to allow the sun to shine in. The work tops and sink unit were constructed on a block work frame with timber facia matching the screen at the rear and leaving room for a large barbeque.

New feather edge / close boarded fencing was installed with concrete gravel boards and posts along both boundaries to the rear of the property with the concrete supports providing a more durable fence.

Planting was a mixture of evergreens, palms and grasses for all year interest, mixed with border plants to provide summer colour, and the beds were covered with mulch for a neat appearance and to deter weeds.

A small semi-circle of artificial grass was laid with beds curving around the edge and four softwood sleeper raised beds were constructed on the artificial grass and prepared and filled ready for planting. Four young trees were planted along the edge of the grass area and a small row of evergreen planting also discreetly conceals the waste bins. The greenhouse base was also constructed and when erected between the raised beds this will complete the garden. This would have been a difficult area to mow around numerous obstacles and artificial grass was the most sensible option, always looking neat and tidy.

Extensive lighting was installed throughout the garden, highlighting the planting and structures and illuminating the garden, allowing for longer use of the garden space and brilliant barbeque / outdoor kitchen area and creating a different atmosphere at night.

A matching pergola Carport was also constructed with a curved block paved driveway leading to it using random 3 size blocks and completed with their edging setts. Our expert team carefully prepared and compacted the base ready for the block paviours and these were pointed with kiln dried sand and compacted.

Decorative shingle was laid beside the block paved driveway on a geotextile membrane which prevents subsidence and helps reduce weed growth in this fairly low maintenance garden.

Using our skilled team we created a beautiful garden area for use with the striking outdoor cooking area and the whole area has become a very stylish and useful space.

We offer free, no obligation quotes and the benefit of our experience and knowledge to help you redesign your outdoor space and get the most from your garden. Contact us today on 01223 782821 and we will be happy to assist.

Emerald Landscapes are experts in the field of Landscaping, get in touch today to find out more on how we can rejuvenate your garden. 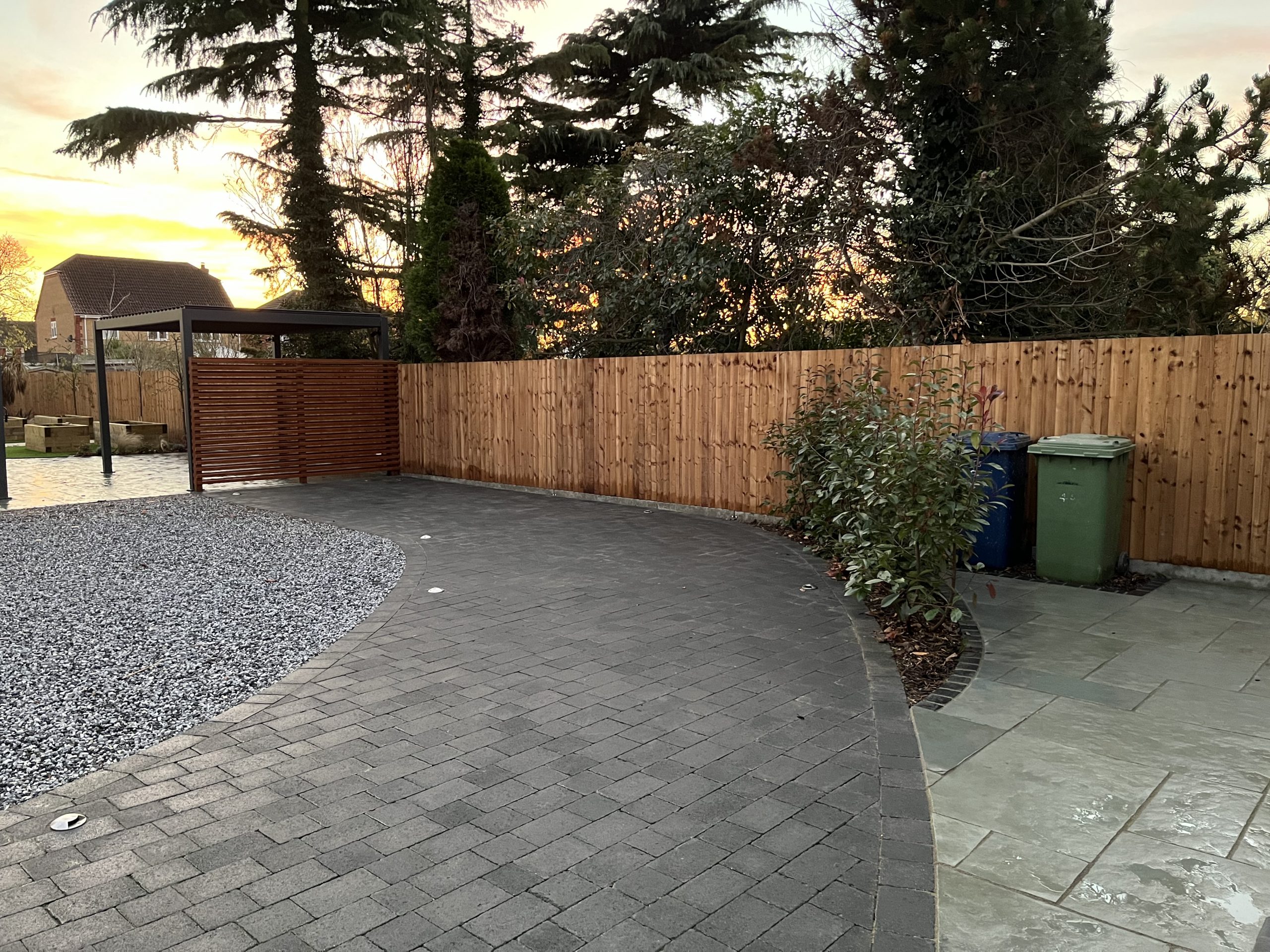 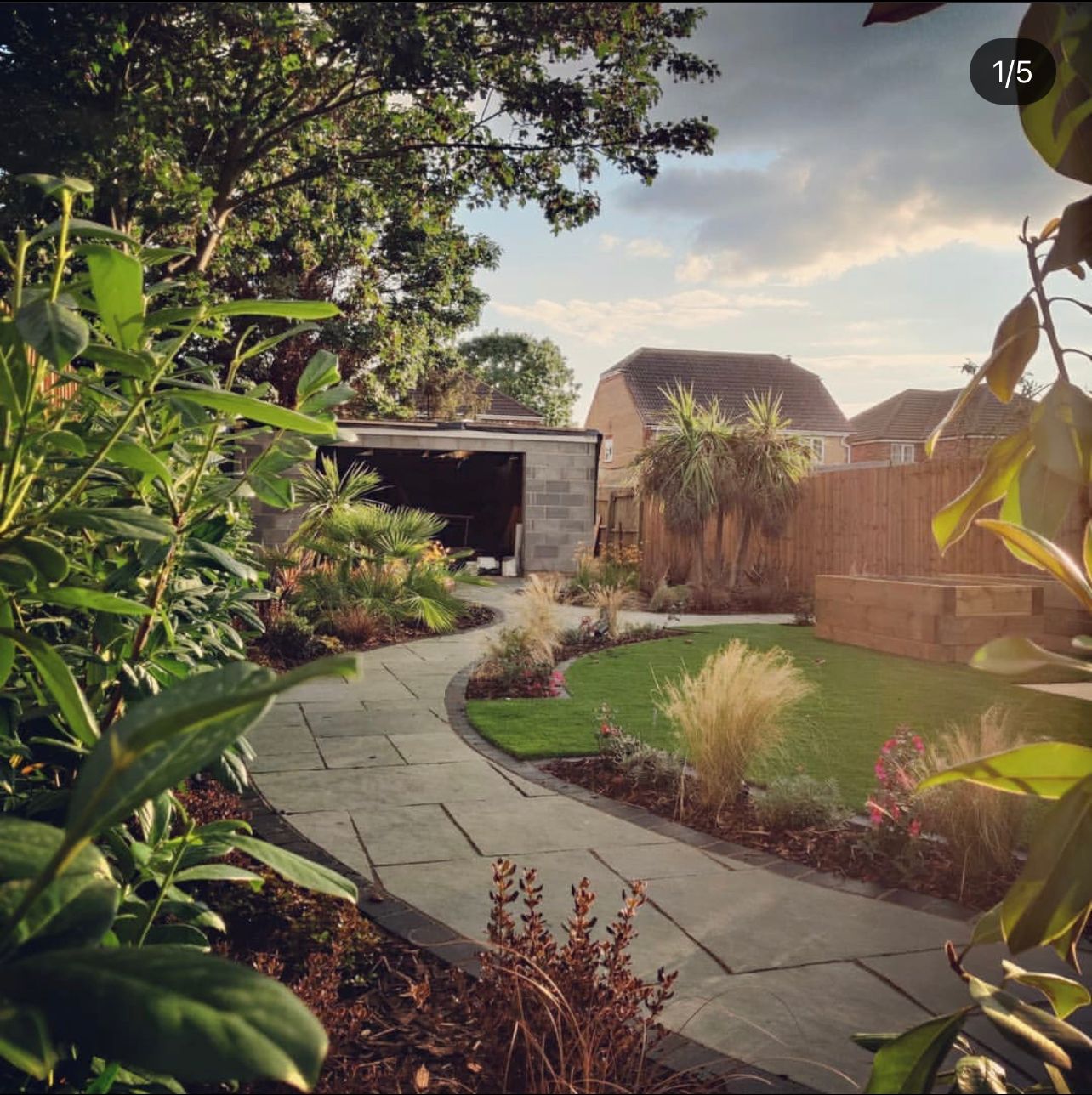 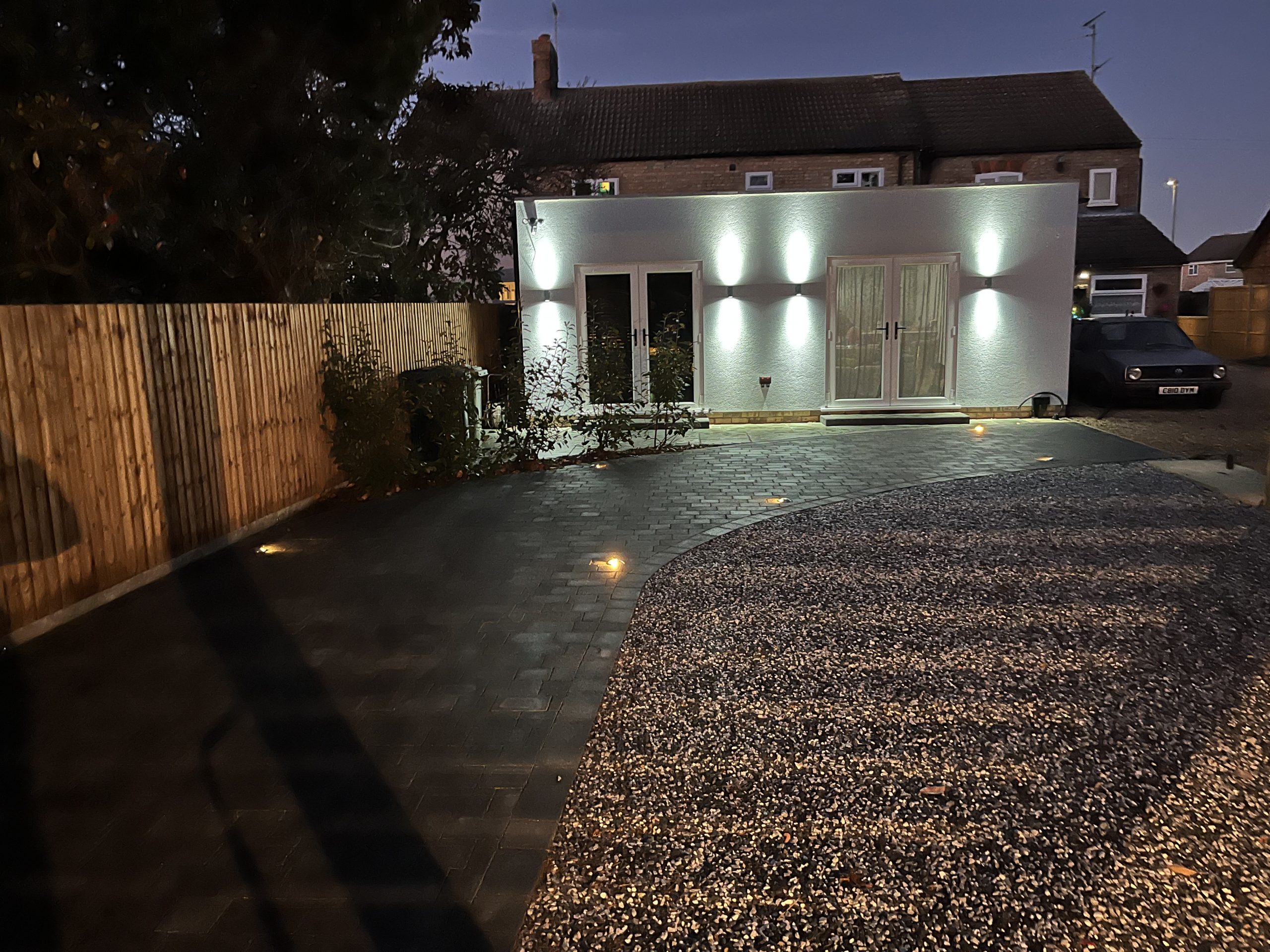 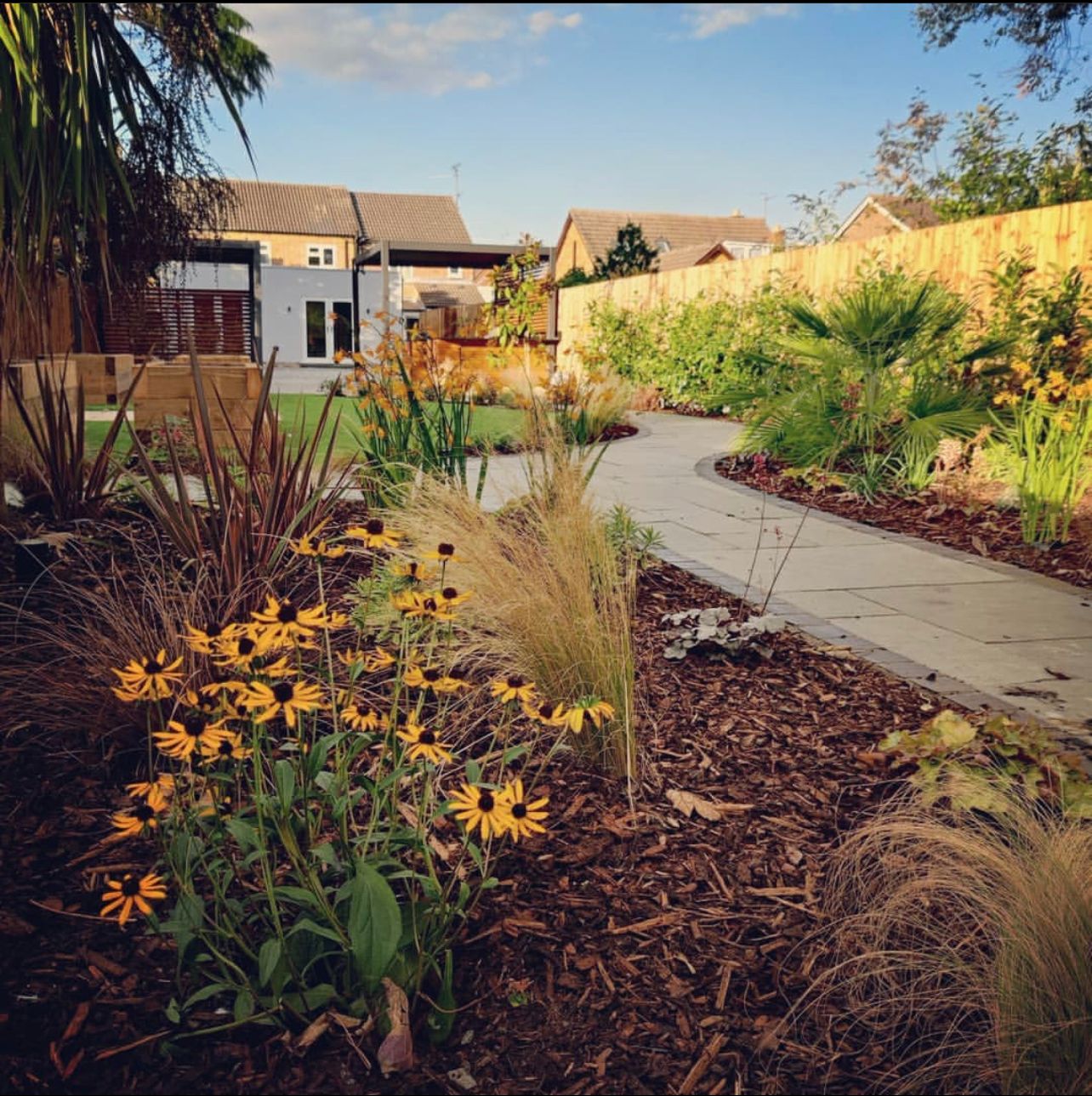 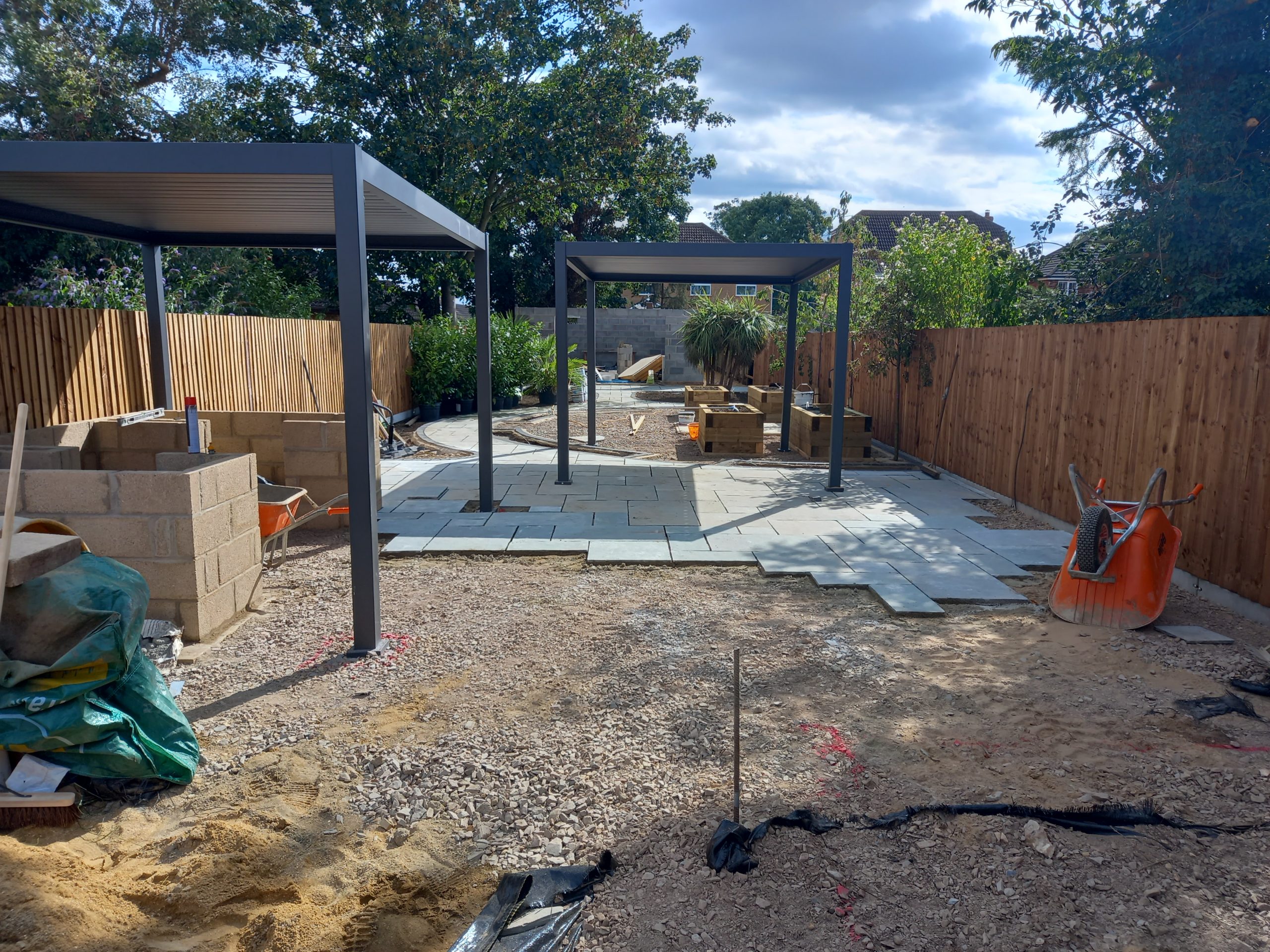 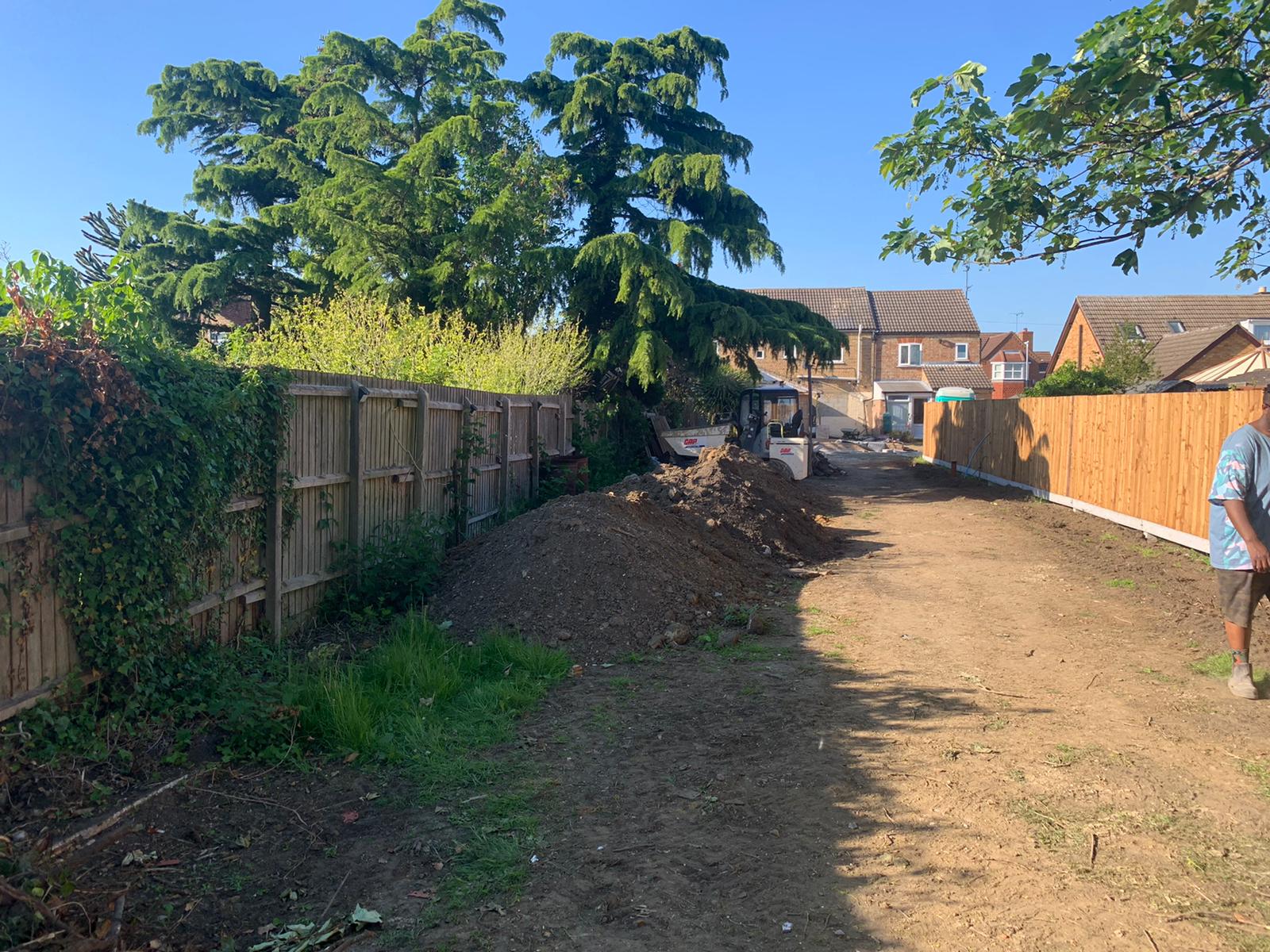 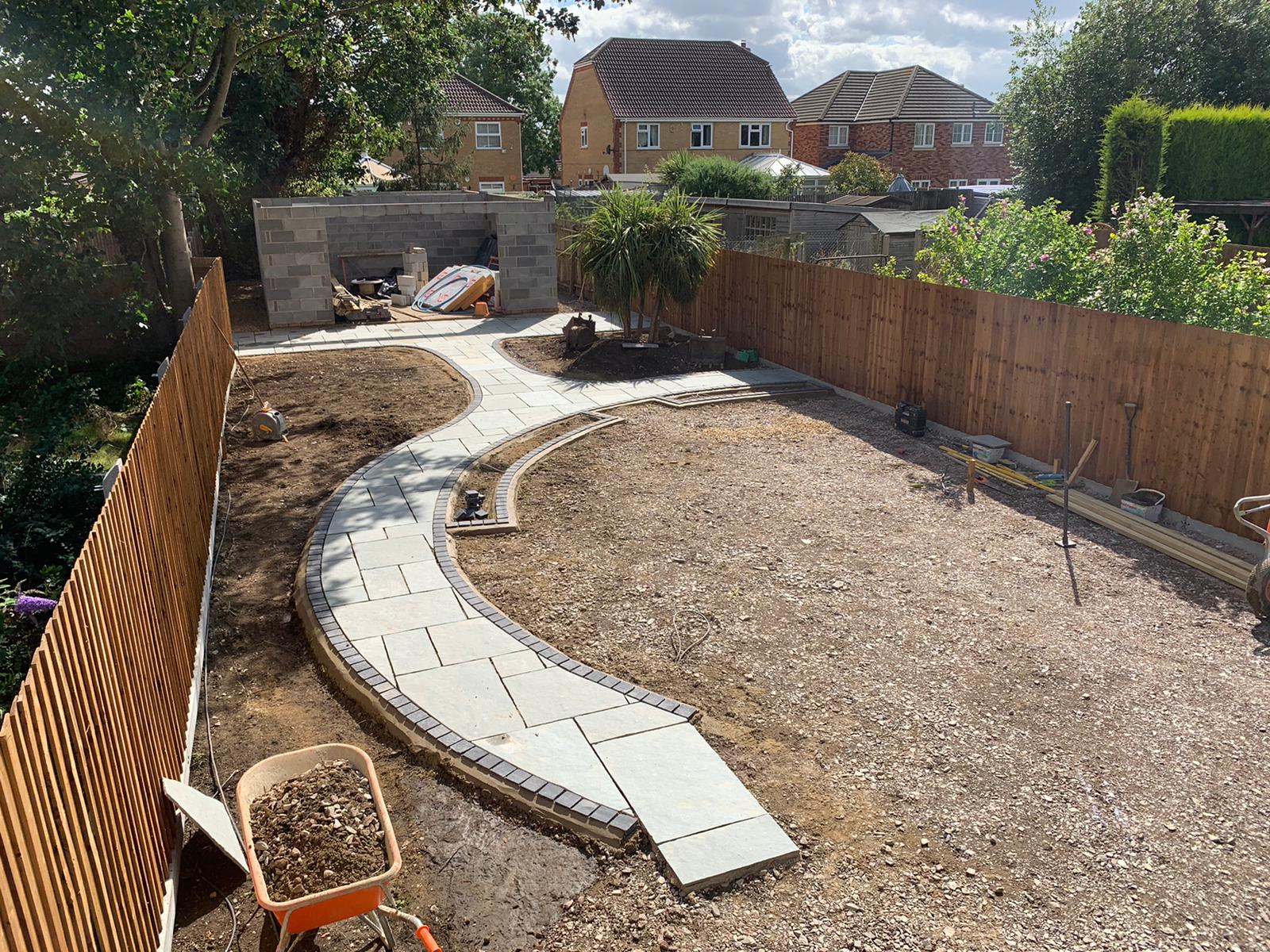 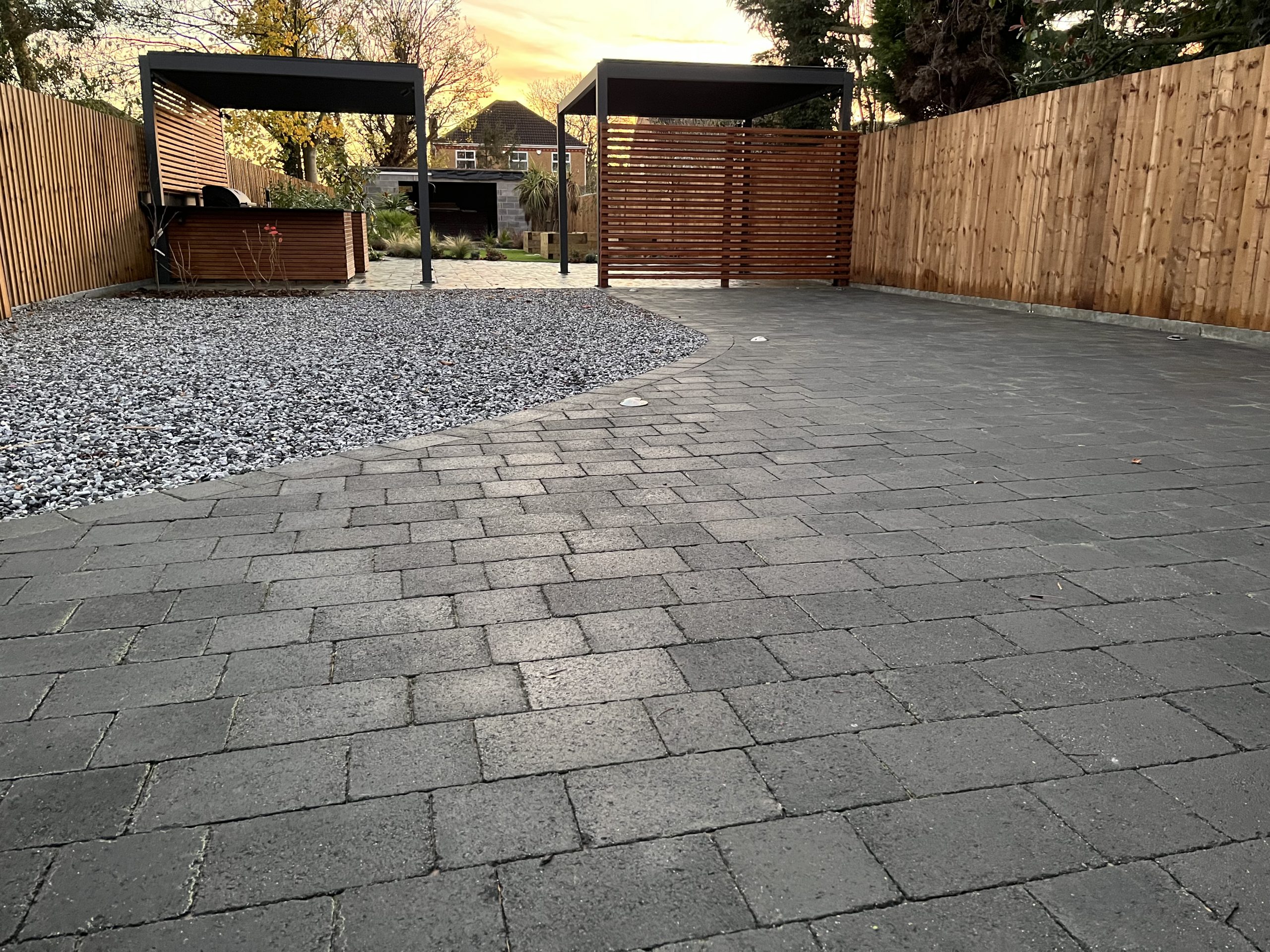 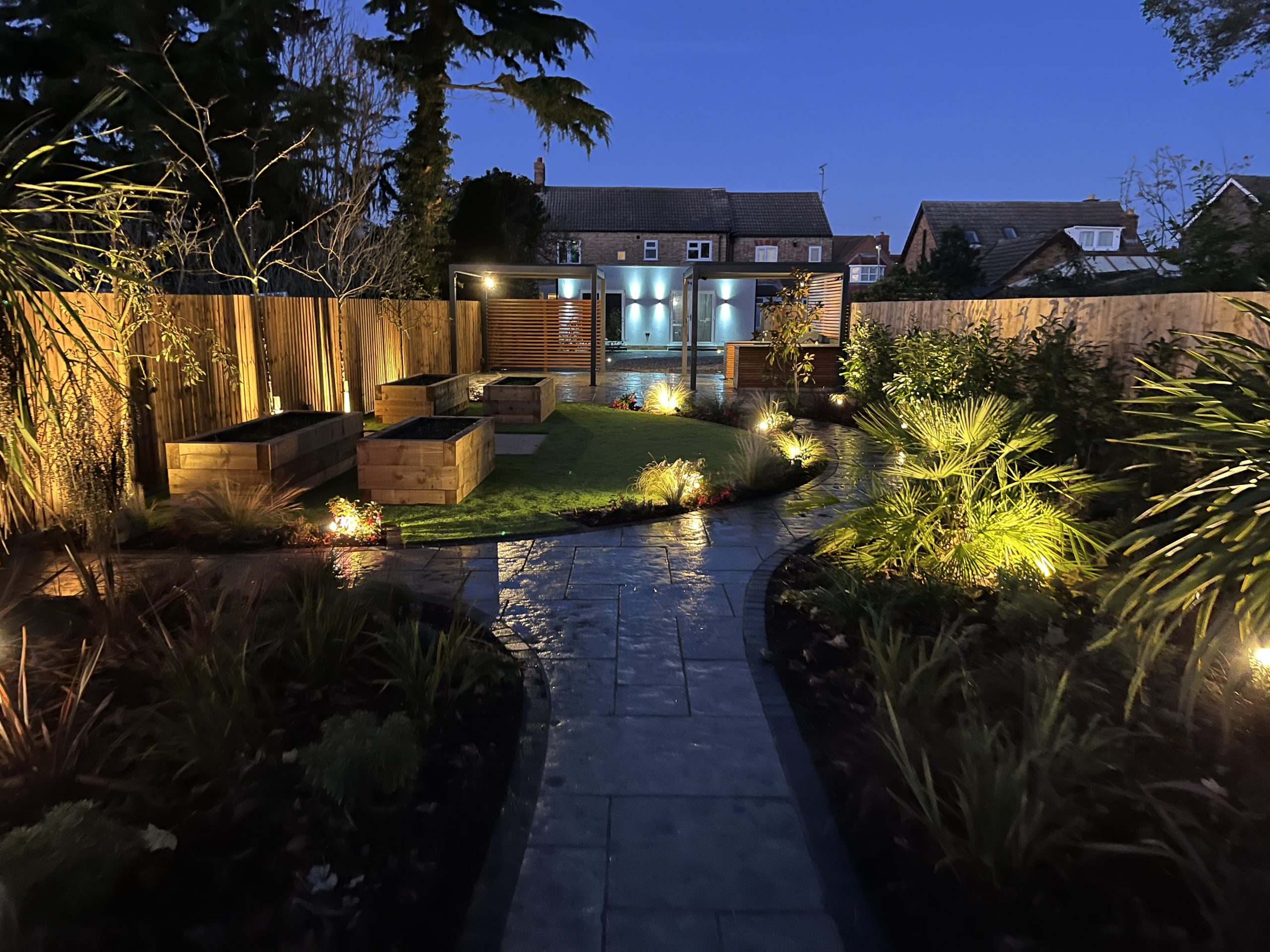 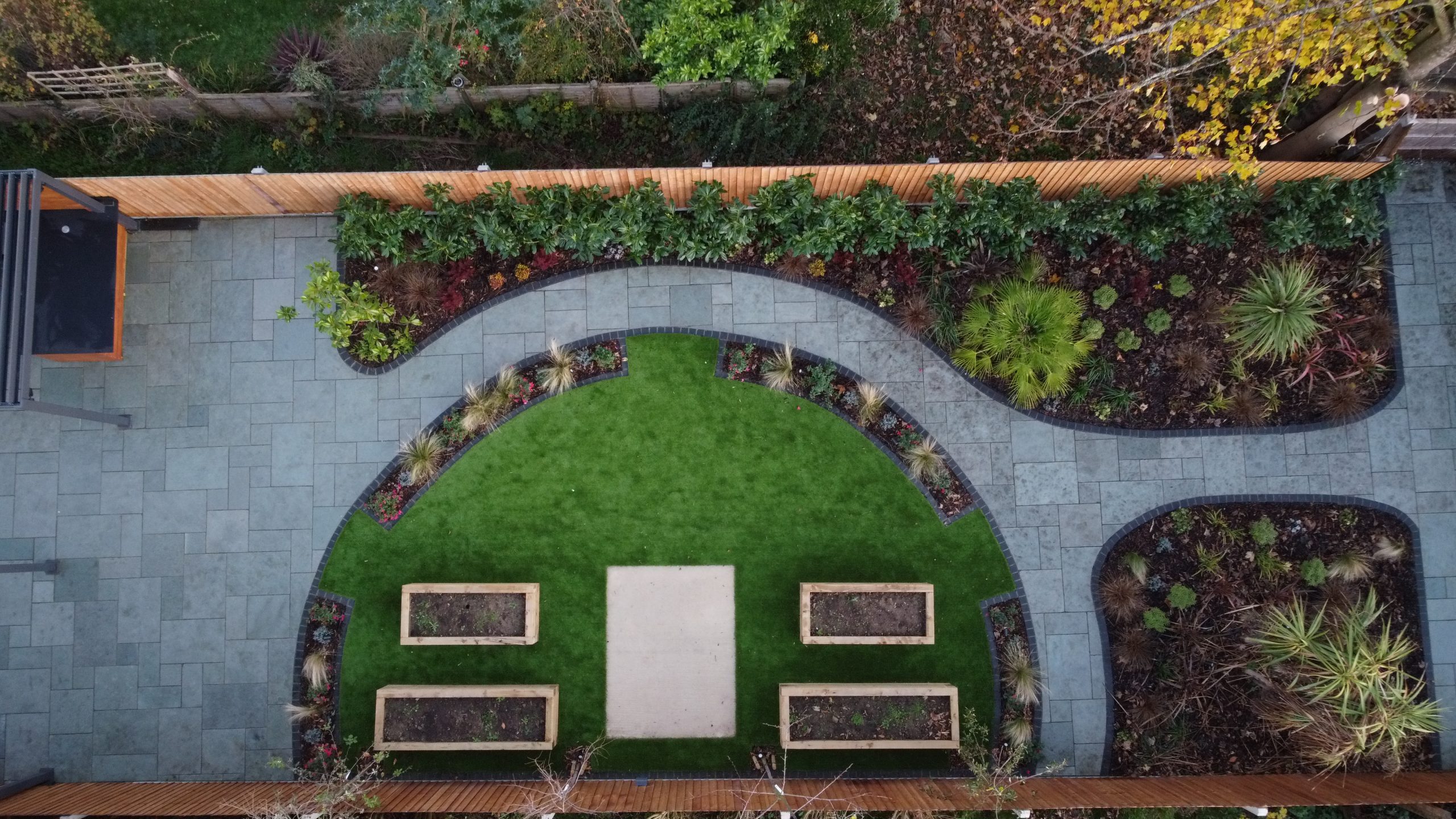 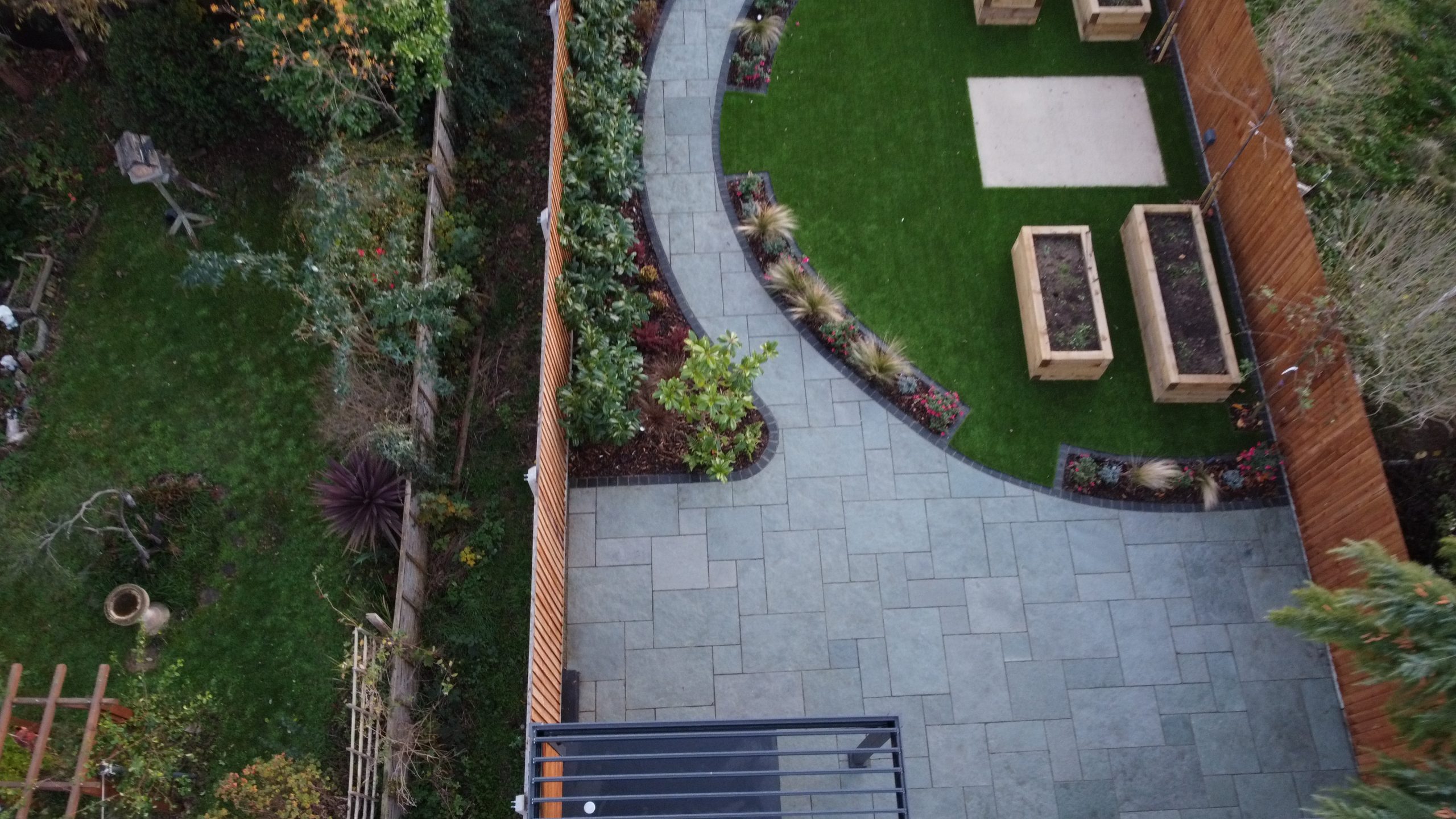 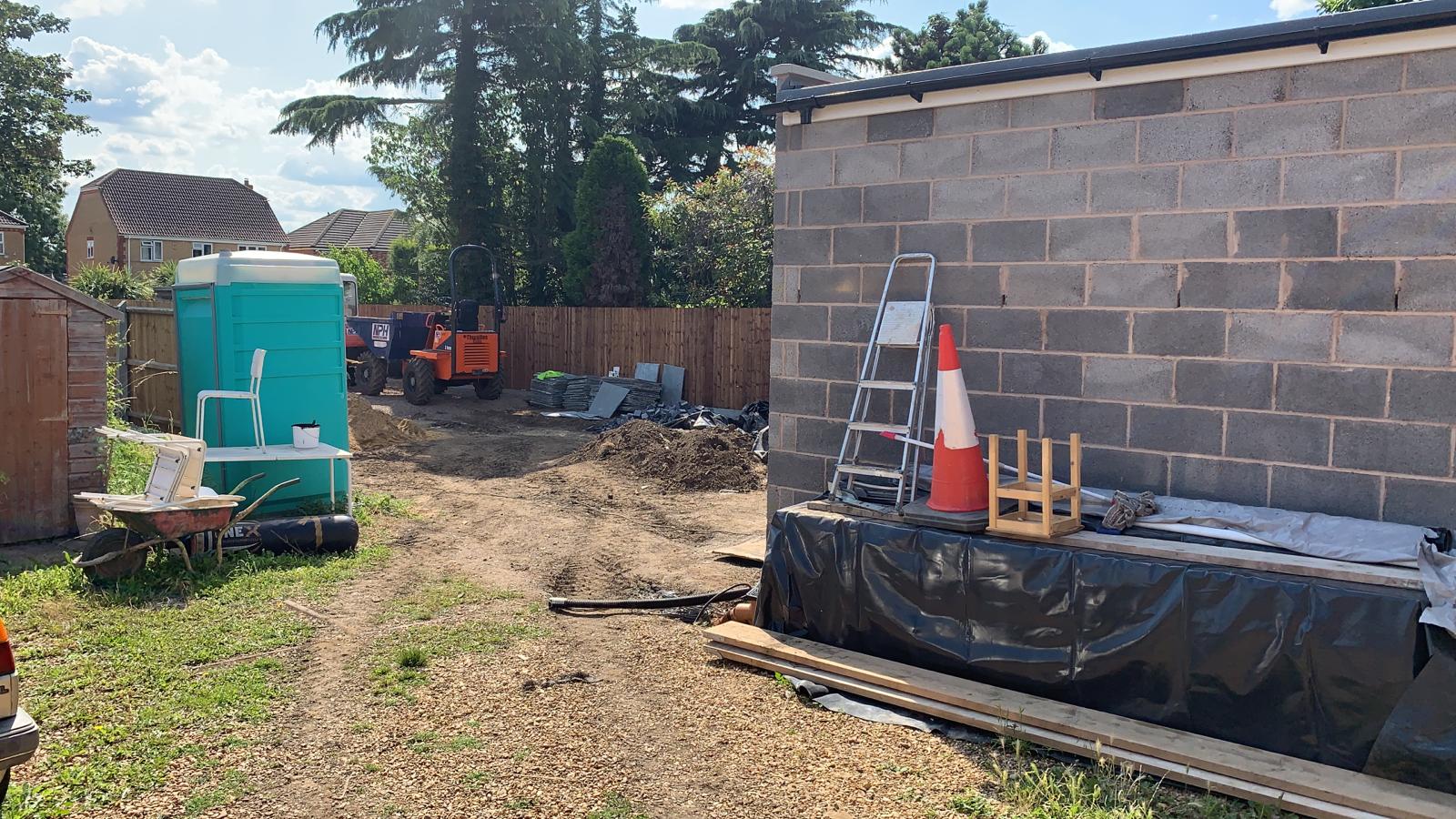 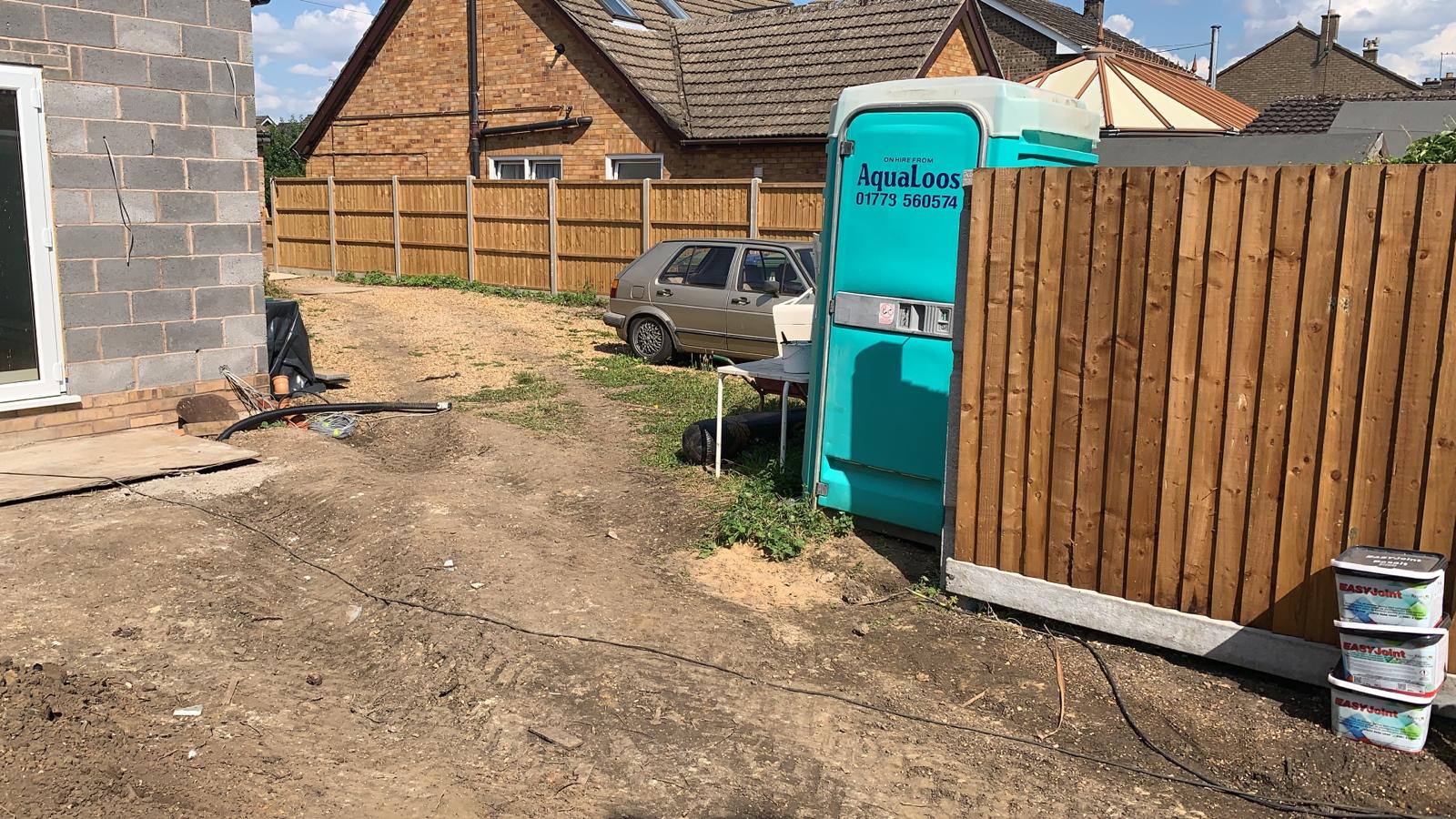 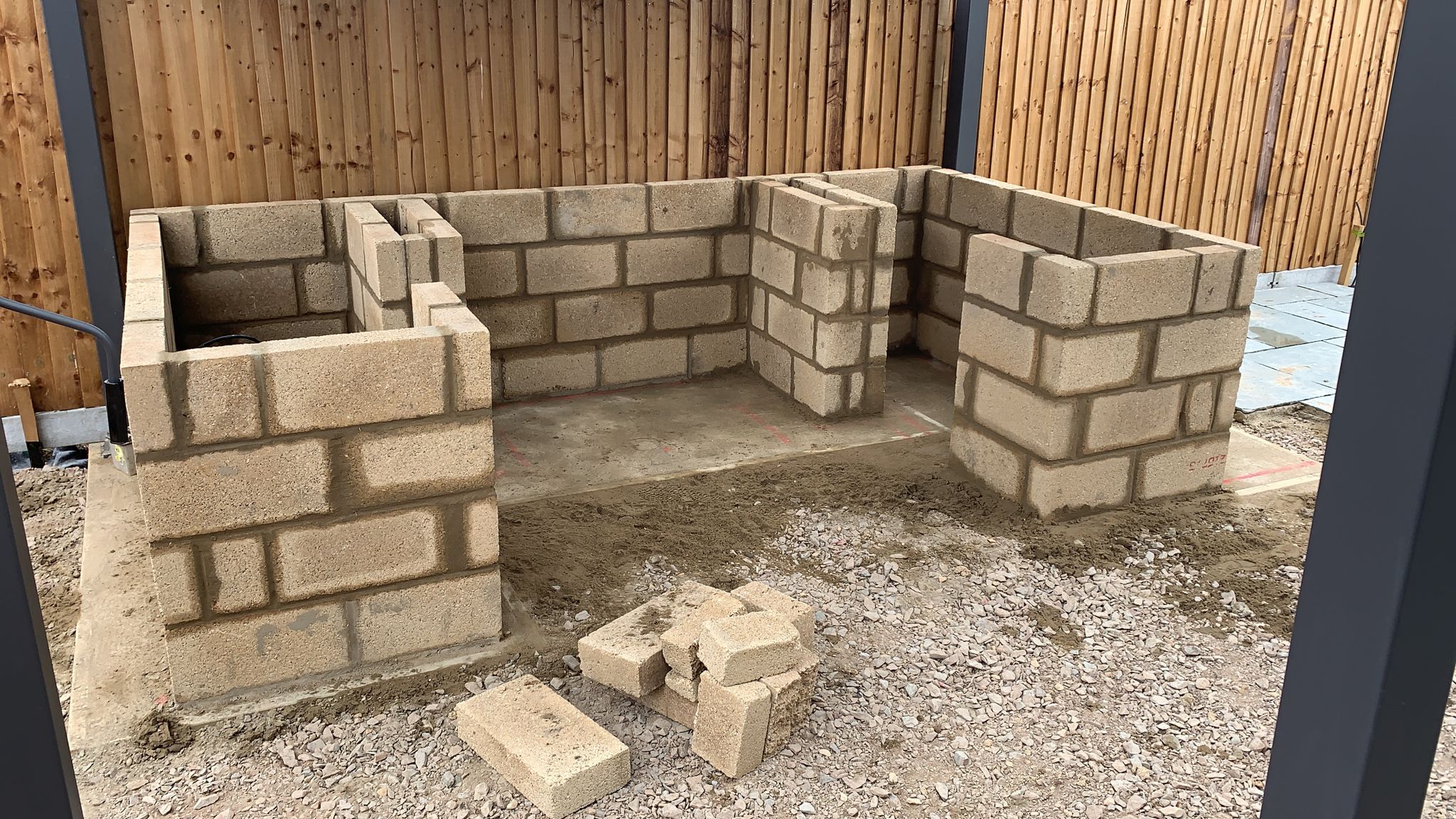 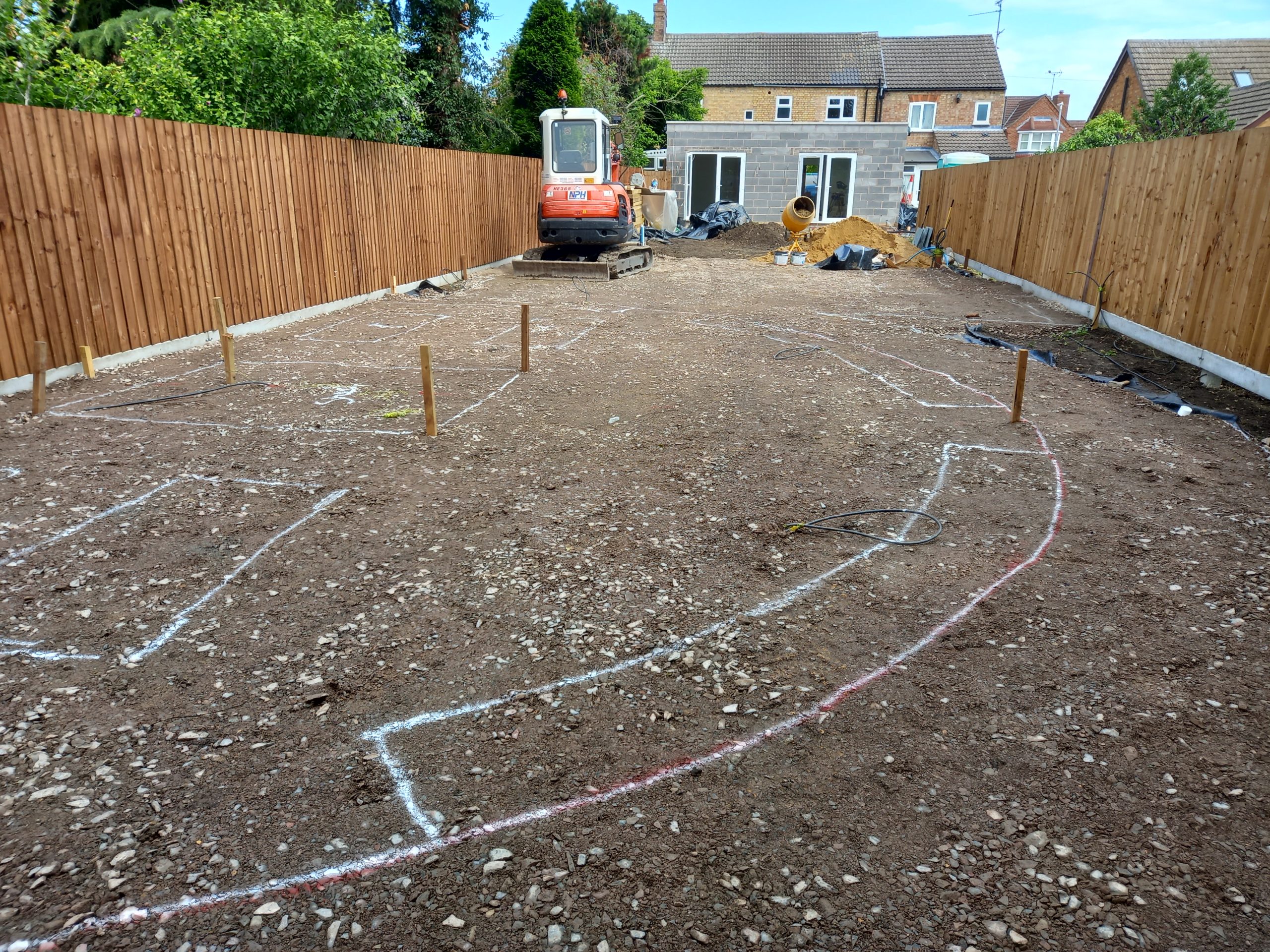 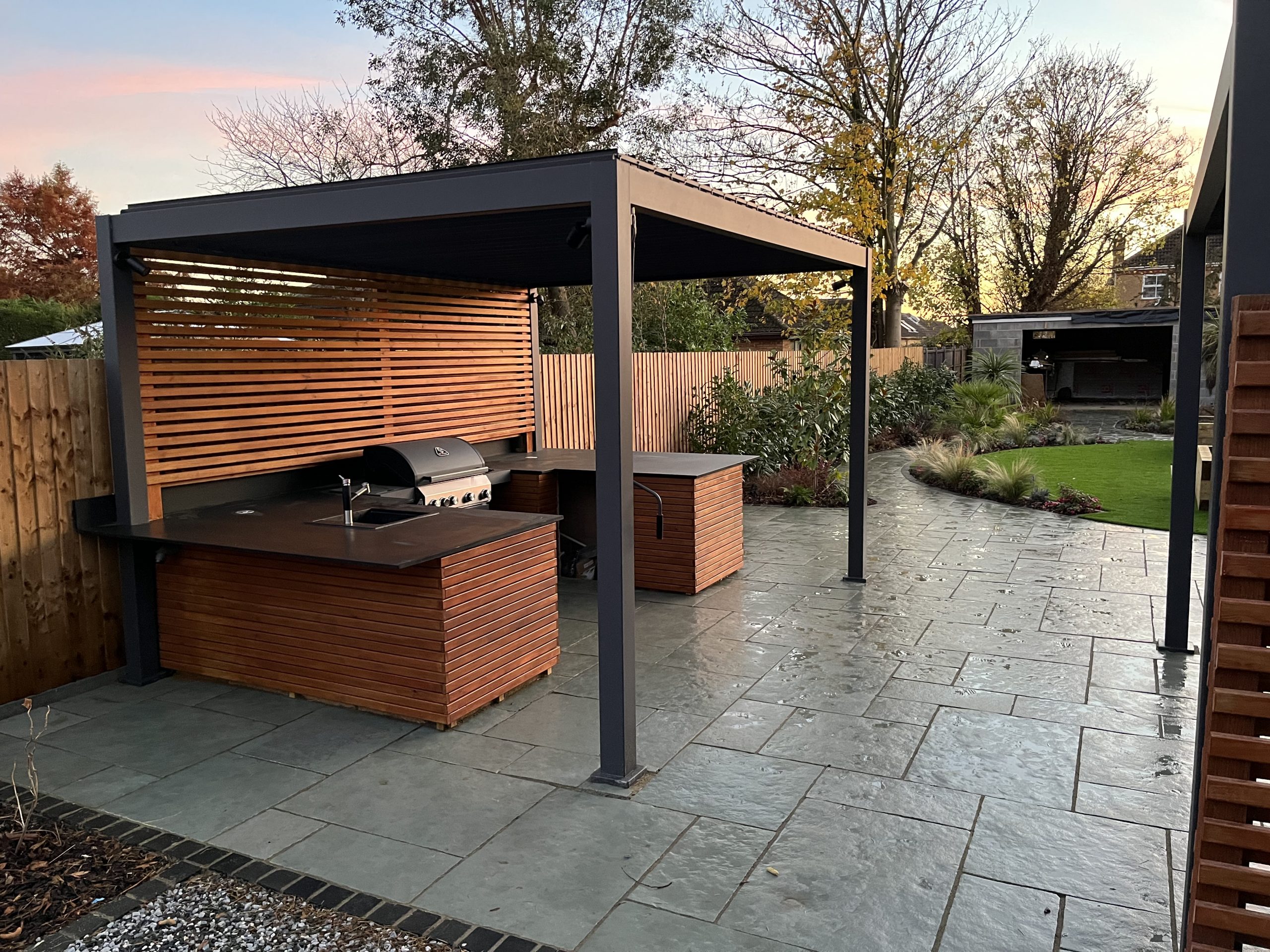 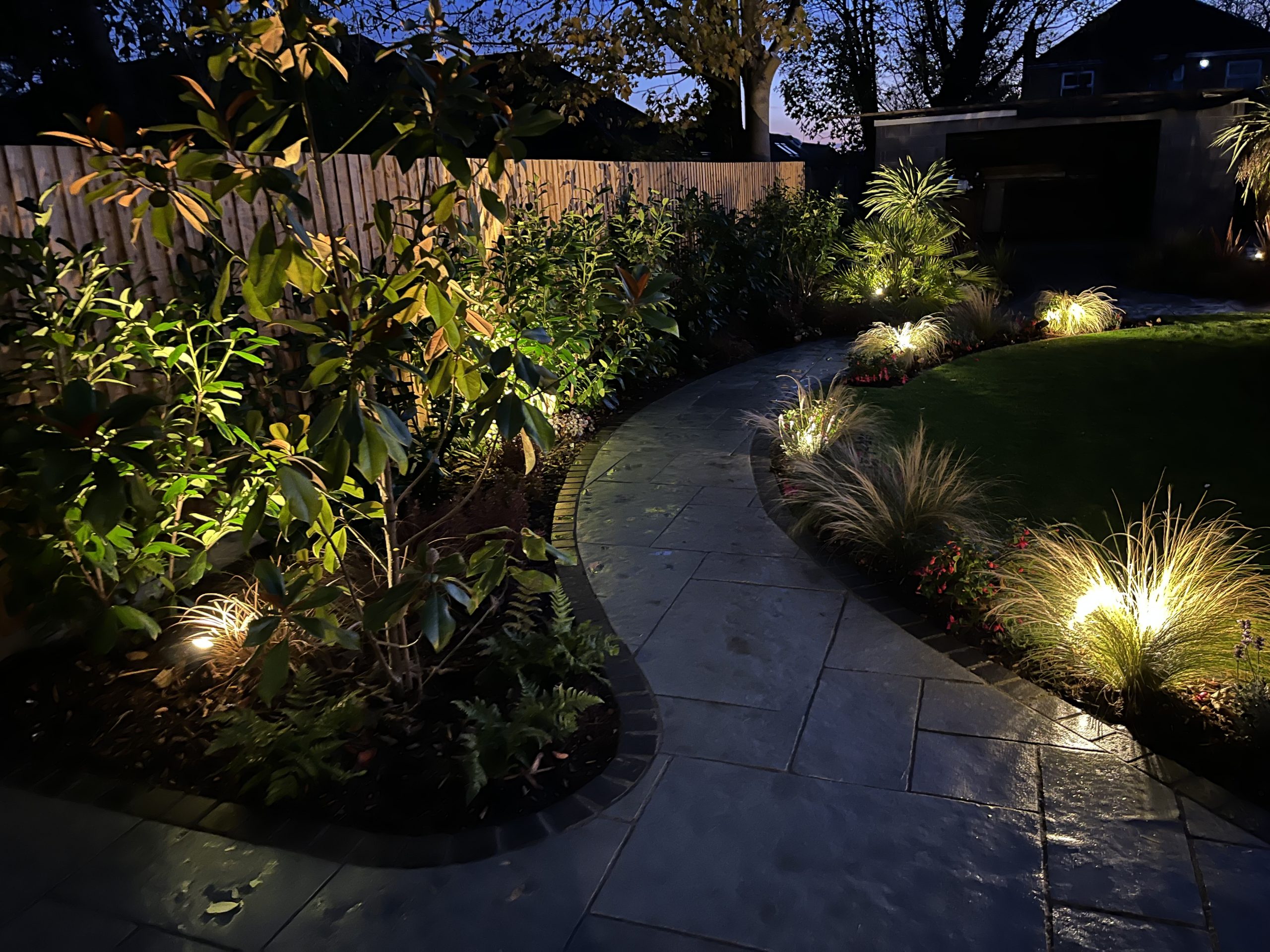 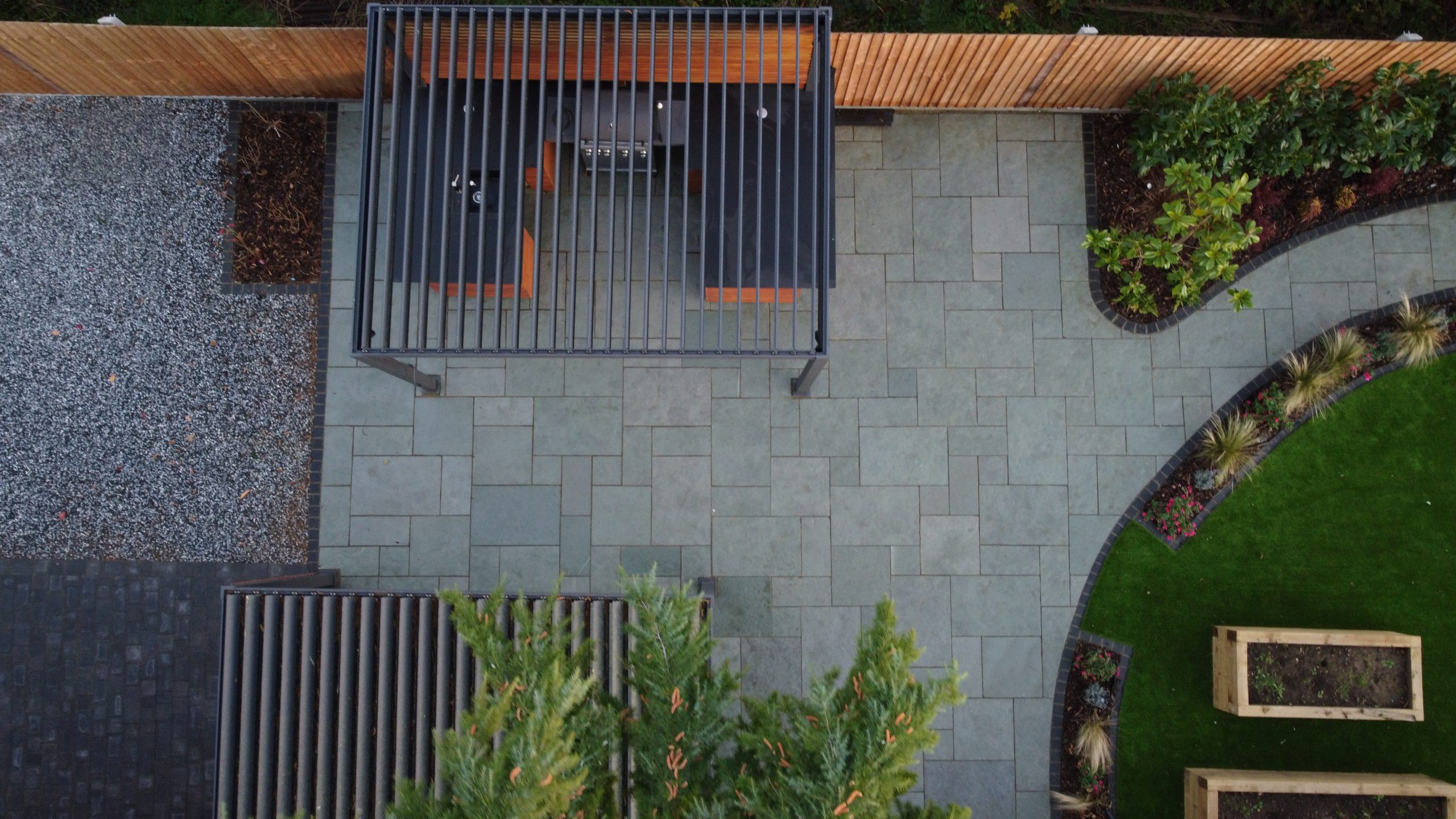 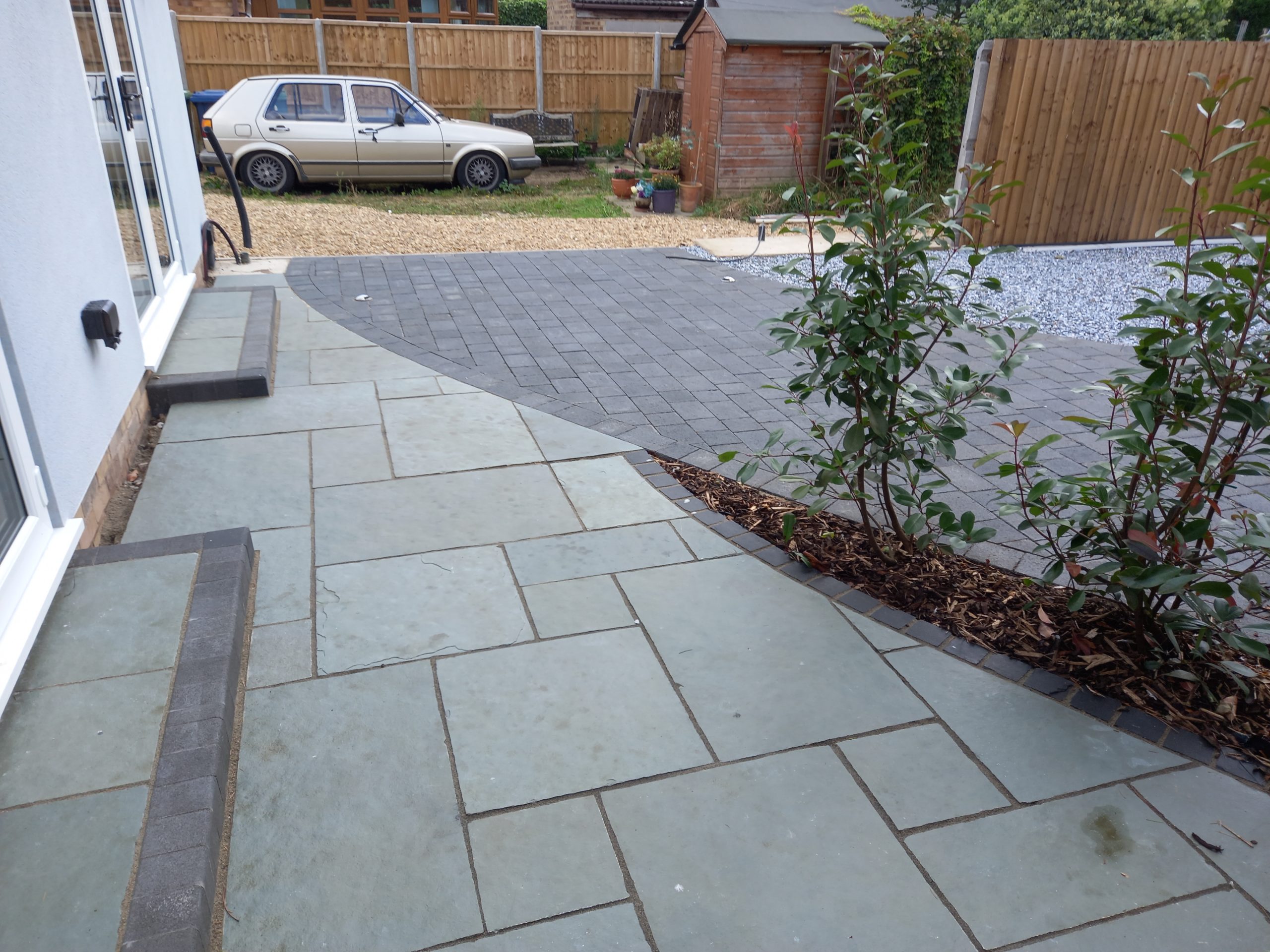 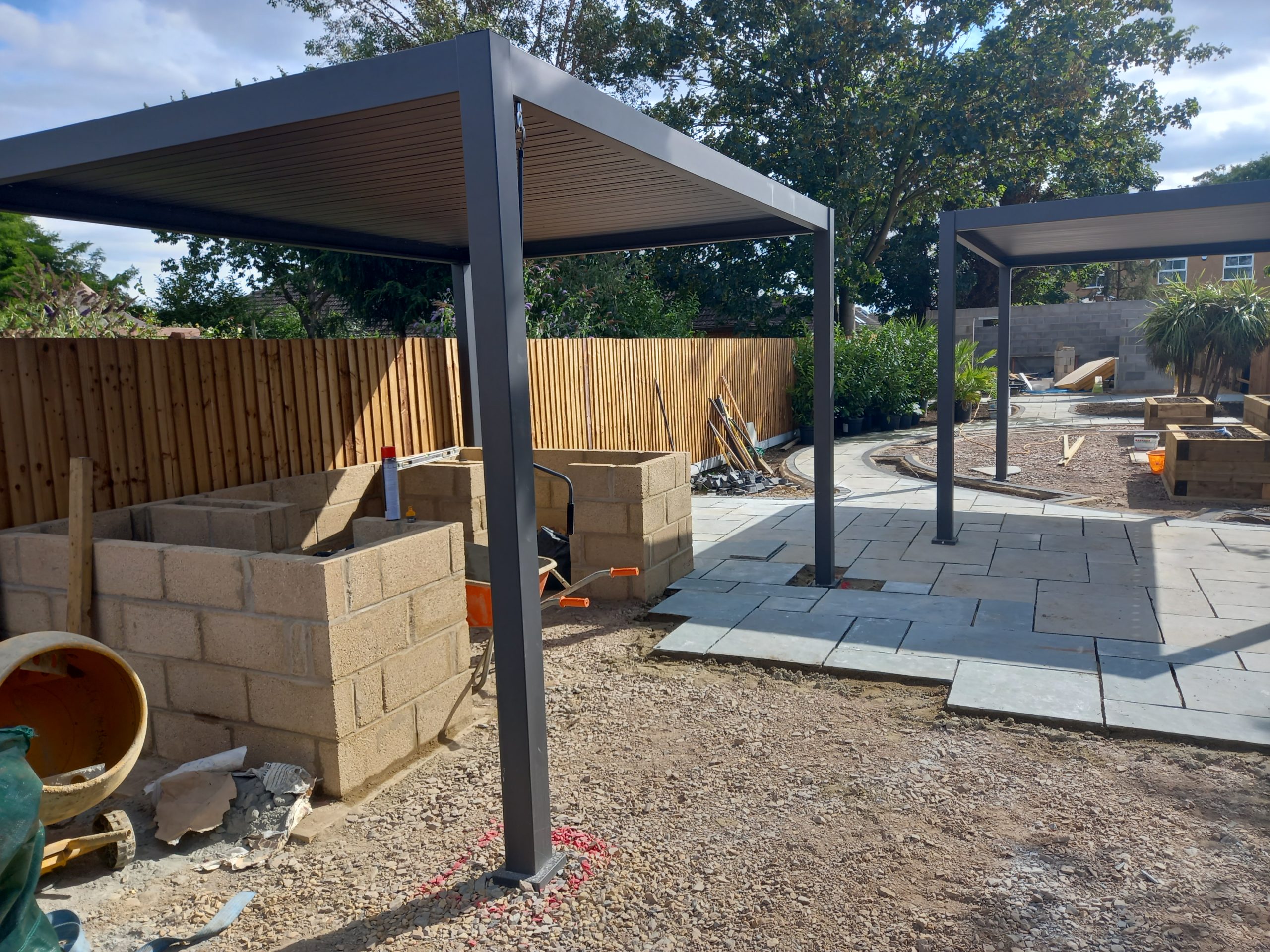 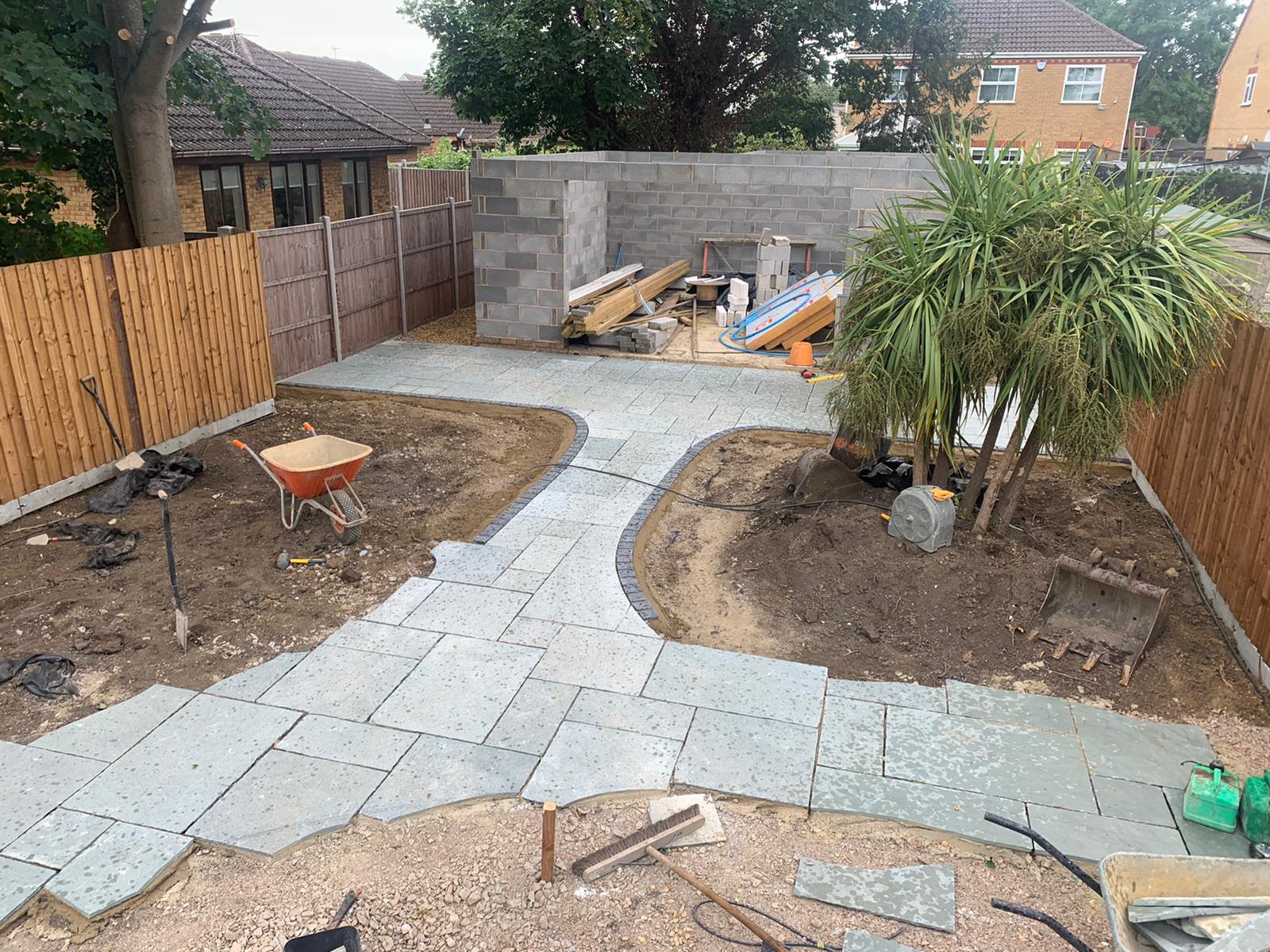 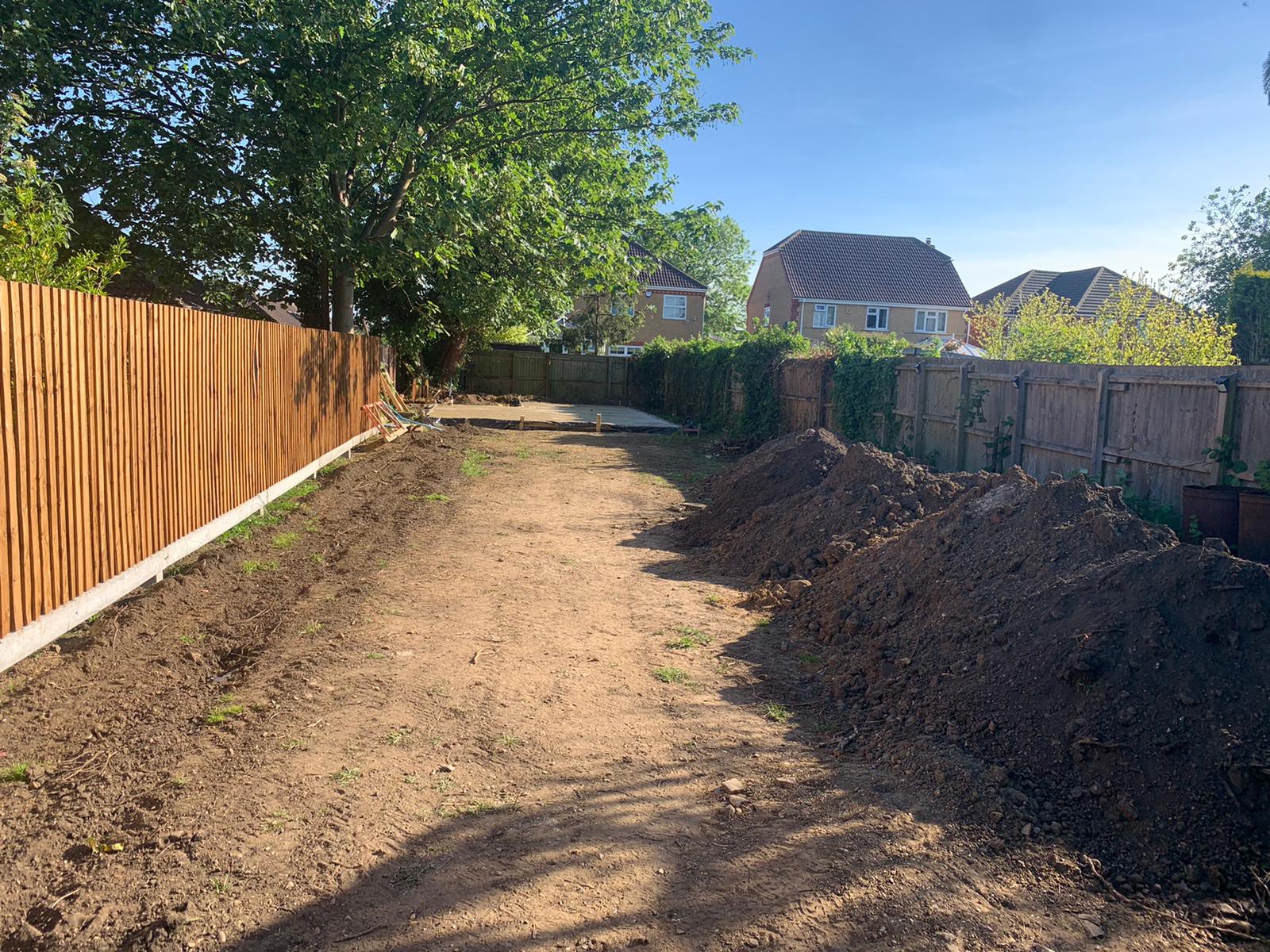 Landscaping company in Cambridge that will make your vision a reality.